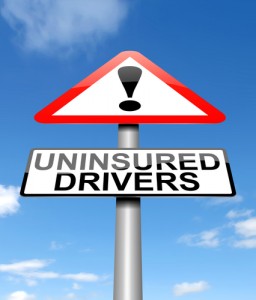 What happens when you’ve been injured by a driver who is uninsured? Or what about if you’ve got injuries worth $100,000 but the negligent operator who caused the accident is underinsured, carrying only by a $20,000 insurance policy? And what happens when your injury is caused by a hit-and-run driver? In situations such as these in Massachusetts, you can usually still get a settlement utilizing a coverage called “UM” insurance. UM requires an insurance company to stand in the shoes of the at-fault party to compensate you for your injuries, even if that company didn’t actually insure the at-fault party. As a result, the insurer must compensate you for your damages, including medical expenses, lost wages, pain and suffering, scarring and disfigurement, and other damages.

UM coverage will cover you even if the at-fault driver or hit-and-run operator is never apprehended or identified.

To utilize UM coverage, it’s important to comply with all of the requirements of the applicable auto insurance policy. An experienced attorney can help guide you through the process and ensure that you get a fair shake from the UM insurance company. Attorney Niose has been handling UM cases since 1986, so he knows what needs to be done to get you the recovery you deserve.

UM coverage is compulsory in Massachusetts, so if you’ve been injured by an uninsured, underinsured or hit-and-run driver in the state you probably have UM coverage available. And don’t worry about your auto insurance rates going up if you bring a UM claim, because in Massachusetts you can only be surcharged if you are at-fault for an accident. Bringing a UM claim cannot result in a surcharge.

Fill out my online form.
There is no attorney-client relationship being created merely by sending us an inquiry.

Our attorneys can come to your home or hospital to discuss your potential case.
Scroll to top